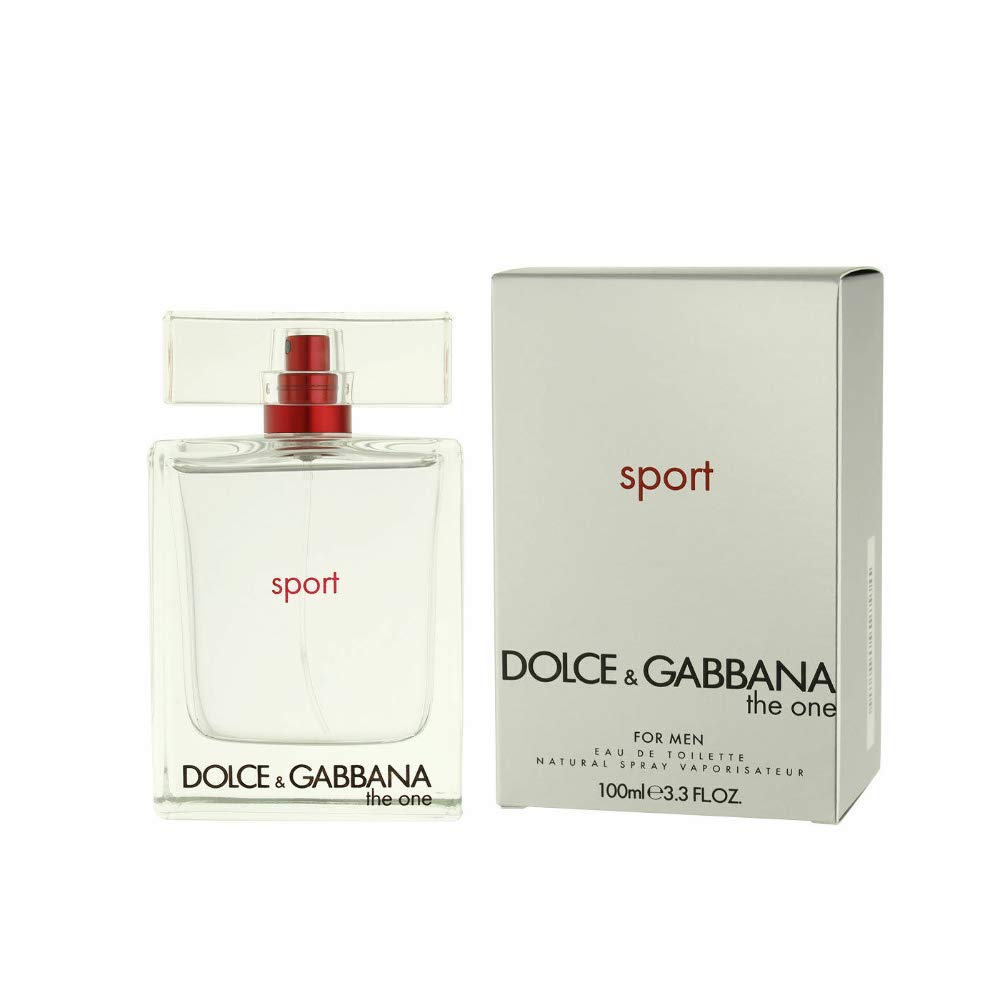 Size:100ML Dolce & Gabbana the One Sport celebrates the deepest and most genuine values of sport and life. Sport is self-challenge: a route to fitness, for ourselves as much as for others. Sport is equilibrium of mind and body. A beautiful moment, a challenge for us and our adversaries. A fresh and clean fragrance, light and energetic top notes accompanied by an unmistakable Mediterranean aroma of rosemary, the freshness of water and saltiness of the sea. The middle notes feature sequoia wood enhanced with the energy of cardamom. Musk and Patchouli naturally compliment the fragrance’s base notes. Purity and clarity are as intrinsic to the design as much as the fragrance. The smooth glass and acrylic casing are as transparent as sporting competition itself: a symbol of elegance, terseness and sincerity, always looking ahead to the future. Only the red pomander is vibrant and full of energy, just like the soul of the Dolce & Gabbana the One Sport man. Dolce & Gabbana is an Italian luxury industry fashion house. The company was started by Italian designers Domenico Dolce and Stefano Gabbana By 2005 their turnover was €597 million. The two met in Milano in 1980 and worked for the same fashion house. In 1982 they established a designer consulting studio. In time it grew to become “Dolce & Gabbana”. They presented their first women’s collection in 1985 in Milan, where a year later their store would open its doors in 1986. Ingredients ----------- Alcohol, Parfum, Aqua, Methyl Cyclodextrin, Ethylhexyl Methoxycinnamate, Diethylamino Hydroxybenzoyl Hexyl Benzoate, Propylene Glycol, Disodium EDTA, BHT, Methylparaben, Limonene, Buthylphenyl Methypropional, Linalool, Benzyl Salicylate, Hydroxyisohexyl 3-Cyclohexene Carboxaldehyde, Geraniol, Citral, EXT. Violet No.2 (CI 60730), Red No.33 (CI 17200), Yellow No.5 (CI 19140)
Show More
Reviews