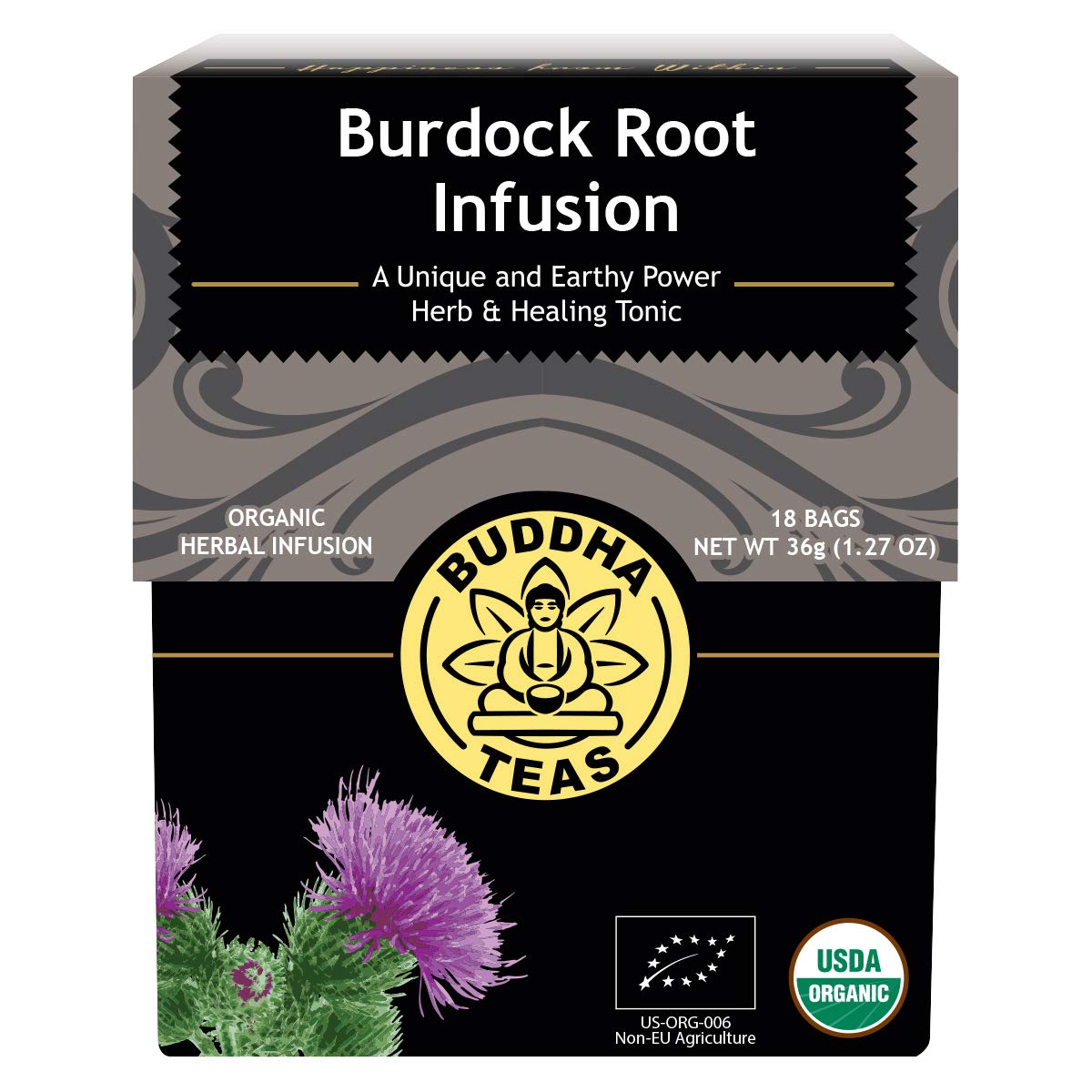 Size Name:1 Box Tea connoisseurs with a love for natural herbal teas would surely lose out by overlooking burdock root tea. Burdock is native to a number of countries across Europe, Africa and Asia. It bears broad, curly leaves, and spiny purple flowers. Although the young blossoms resemble those of milk thistle (a cousin of burdock), the mature seedpods develop a fibrous cocoon that makes them easy to identify. The long, thick taproot of the plant is edible, and has been used by various cultures in traditional recipes. Although it is rarely used in modern European food, it is still frequently seen in Asian recipes, especially in Korea and Japan. When dried and powdered, the root can also be used to craft burdock tea, a stimulating herbal brew. Burdock root tea produces a strong, distinct aroma, and its flavor is best described as a mild peppery sensation that is both unique and intriguing, making it easy to enjoy regularly. A Wholesome Tea The prickly appearance of burdock may look uninviting, but its fleshy taproot offers a plethora of valuable nutrients. Vitamins, including vitamin A, C, E, K, and a number of B vitamins, can all be found in burdock root tea. This herbal tea is also rich in minerals, including iron, copper, manganese, calcium, and more. With protein, fiber, alkaloids, flavonoids and amino acids as just a handful of its many constituents - not to mention antioxidants - it's no wonder that burdock root tea has remained a strong choice for herbal tea throughout generations.
Show More
Reviews